There was once a beaver that had nothing to do. He watched others around him working hard, and yet lacked the knowledge and self-assurance to take initiative. He sat day after day wondering what he should do. He felt that others expected him to contribute, but his self-doubt made him sit that much longer. Other beavers were busily working at constructing their homes and had to continually ask The Busy Beaver to move out of the way. The Busy Beaver began to feel like a burden to the other beavers, rather than a help. As a result, he decided to at least look busy. In this way others would think that he was doing something, even though he continued to lack the knowledge of what to do and how to do it. And so, the Busy Beaver indeed became the busy beaver. He rushed around for hours in a day doing anything and everything to appear busy. He picked up sticks and moved them from one pile to the next; when they were moved he would begin to move them back again to the original pile. Day after day, he engaged in this same busy behavior hoping to figure out what to do next. He resigned from the day feeling just as exhausted as the others. Yet, he felt unfulfilled. He learned to do without making a contribution. He learned how to fill up his time, without feeling accomplished, or knowledgeable. He learned how to be busy without being productive. Months turned into years, and little had changed to bring fulfillment. On occasion, The Busy Beaver would find something different to do, but eventually grew tired of that, too.


What could The Busy Beaver do differently that would truly make a difference?


The Busy Beaver would benefit from first letting go of the illusions that prevent him from actually feeling self-assured. In this story, the Busy Beaver could (not should as that is a perceived expectation of others) directly ask another Beaver to demonstrate what to do, so as to learn the skills necessary to do it himself. To learn a new skill,  and then to master the skill, builds knowledge and self-confidence. Self-doubt is transformed into self-confidence. Once a skill is learned, it is always known. Therefore, a person or beaver as the case may be, can instruct others how to do it.  In providing a service to others, thereby making a contribution to the greater whole, one feels accomplished and fulfilled.


The Moral of the Story:  Stop wasting time looking busy and being busy to avoid developing the skills and knowledge to make a difference. Being busy is exhausting and unproductive. Making a difference feels good! 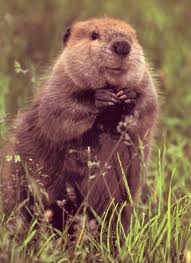